Several thousands of cryptocurrency traders saw the liquidation of their open positions as financial markets representing various industries ended deep in red this week. Data from cryptocurrency futures trading and data provider Coinglass disclosed on May 5th that over $407.60 million worth of trader positions in crypto assets got erased in a matter of 24 hours.

With respect to these losses, long positions worth more than $340.30 million got liquidated. Even those who placed bets on the continuous decline of the cryptocurrency markets did not get any relief from the volatility as roughly $67.30 worth of short positions got liquidated during the same period.

As the cryptocurrency markets continued to plunge, a portion of the largest liquidations on Thursday and Friday has come at the cost of Bitcoin (BTC) traders. Over 2,000 Bitcoins valued at $72.70 million got liquidated in more than a 24-hour time span. This was followed by Ethereum (ETH), which saw the liquidation of positions worth $39.53 million.

Some of the recent altcoins that had recorded huge rallies in recent times were not allowed any relief during the selloff. For instance, Stepn (GMT), a crypto token representing a fitness app, and ApeCoin (APE), representing Yuga Labs’, recorded liquidations worth $7.36 million and $5.27 million, respectively.

Regarding the crypto market slump, analytics company Santiment has stated that the price correction seen in the past few weeks reflects the biggest decline witnessed over the last year.
“Bitcoin is witnessing its third-biggest downturn week in more than a year, with respect to the percentage of on-chain trades executed at a loss. The previous time BTC had slumped this much was between February 16th and 22nd, when prices surged 20% in the previous 9 days.”

The company has also pointed out that Bitcoin (BTC) recorded a huge level of on-chain activity against the backdrop of cryptocurrency market retracement. 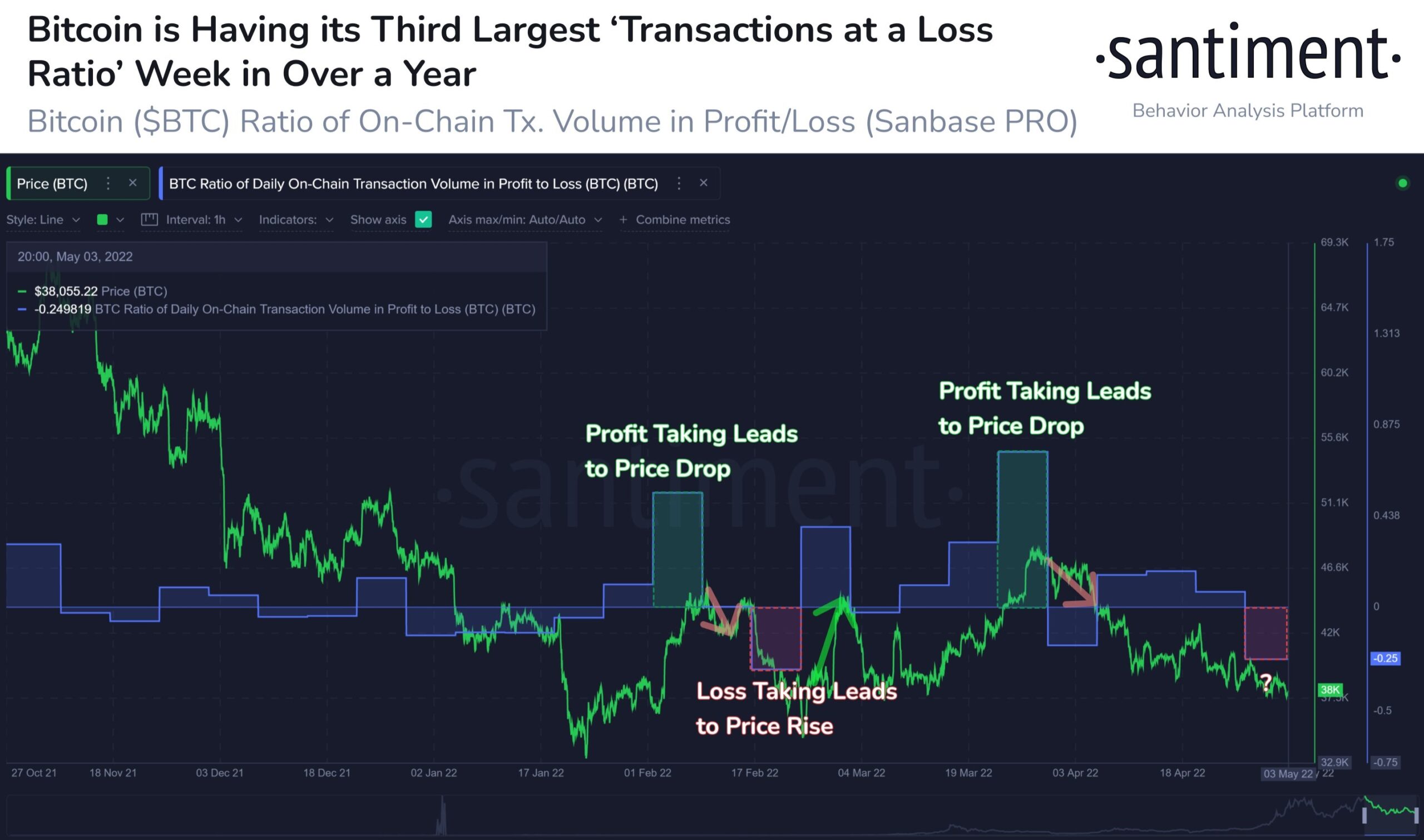 “Following yesterday’s mid-sized price correction, the market is yet to settle or find some solid support and decline in volatility. Notably, 1.17 million distinct active addresses related to Bitcoin blockchain conducted transactions yesterday, reflecting the highest degree of usage since December 2, 2021.” 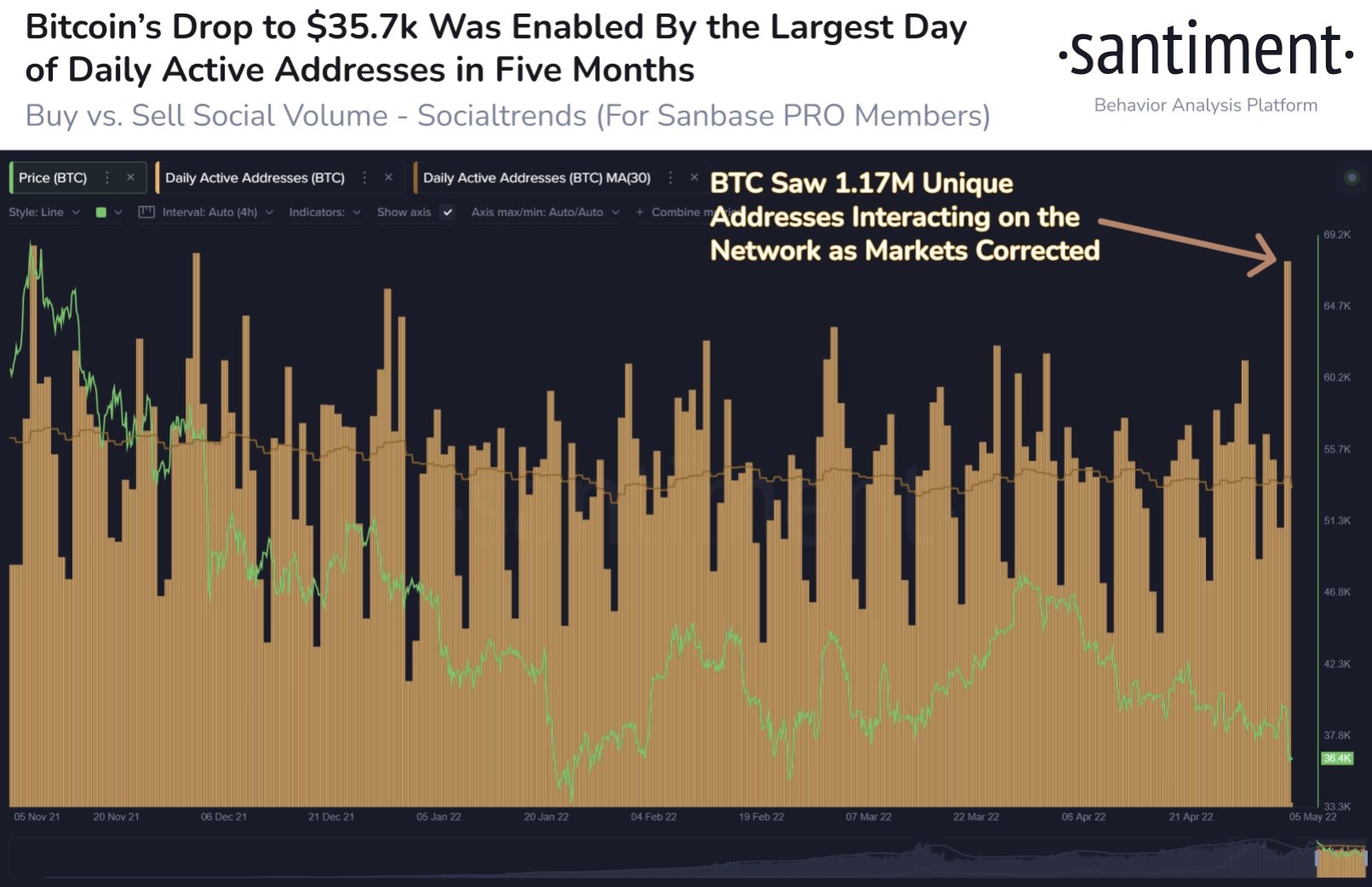 UK data regulator ICO sets out plan to be recognized and...

Ether Accounts for About Half of $520M Liquidations Amid Weak On-Chain...