With the increasing wide application of cryptocurrency, transaction security becomes a heated and significant issue. Vulnerabilities of smart contract on Ethereum and EOS maintain unrestored. It is noted that there are more than 20 serious smart-contract problems on Ethereum which seriously threaten the asset security. Blockchain technology still hasn’t fully recovered from a rough start. Despite being branded as an “immutable”, “irreversible” and “utmost secure”, several major hacks did take place on several major blockchain networks including Ethereum and Bitcoin.

The security problem of blockchain has never been solved. On June 17, 2016, a hacker found a loophole in the coding that allowed him to drain funds from the DAO. In the first few hours of the attack, 3.6 million ETH were stolen, the equivalent of $70 million at the time. The same year of July, Parity, an Ethereum-based e-wallet service, was hacked and $30 million stolen. So is blockchain indeed as secure as we are led to believe? The answer gets positive with the birth of Skeyes, or SKS.

The Emergence of Skeyes 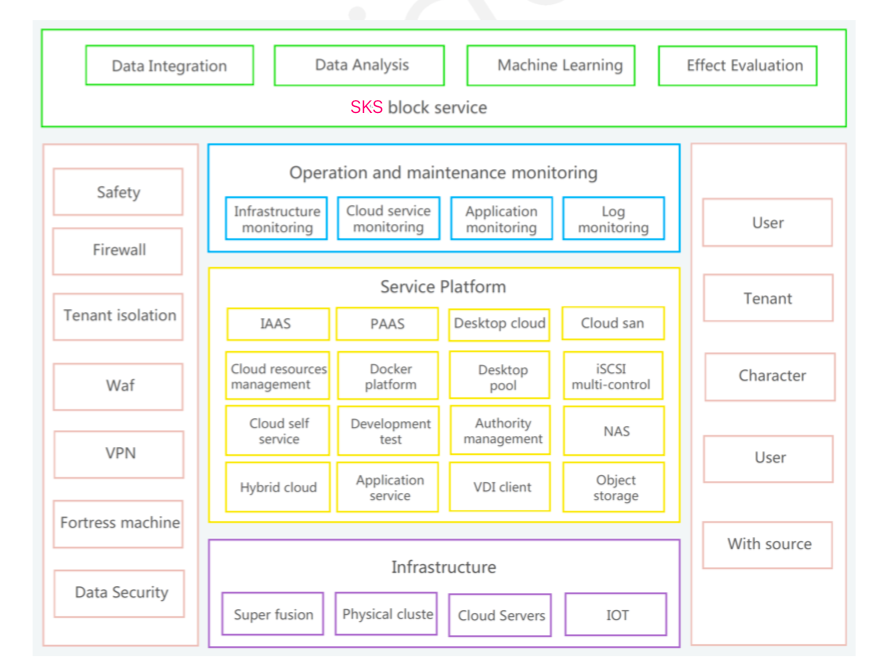 SKS uses hybrid consensus algorithm of DPoS and PoS. DPoS is considered as the algorithm with fast speed of block generation and high processing performance. The principle of it allows everyone with tokens to vote and choose any number of validators to generate blocks.

Data on SKS blockchain is stored in a chain structure. Each block is assigned with a hash pointer of previous block which makes data immutable. SKS blockchain uses SHA256 function to hash the data, ECC asymmetric encryption algorithm to validate identity, AES encryption algorithm to encrypt private key, and Merkle to validate and store transactions.

Communication layer consists of a distributed network, a data broadcasting mechanism and a data verification mechanism. It uses fully P2P networking technology that creates network automatically. In terms of communication security, the layer is able to flexibly support 32 HTTPS, TLS, SS and other secure communication protocols. OAuth authentication integration can be extended for external service interface to applications.

SKS blockchain creates a set of smart contracts which is used to manage those developed by Dapp developers and to upgrade and destroy useless contracts. The contracts produced through credit system, intelligent payment system and from super nodes system are all collected to the set. All developers will inherit the contracts to build appropriate businesses, which reduces workload and runs Dapp efficiently.

As a technology, which is growing in popularity across the world, blockchain seems to be the ideal platform for companies to store their huge amount of data. However, with a brand of new hacking approaches, the challenge to fight against hacks and attacks becomes serious. Traditional protections could be penetrated. So, it is time to see how SKS purifies the blockchain industry.

Persisting Problems: Will Blockchain Be Used in the Next US Election?

Uniswap of Prediction Markets, Non-Custodial PlotX, To Be Listed on BitMax

Top 10 most promising European blockchain start-ups to keep watch on...